Norwegian Christmas Carols and Songs. Welcome to a set of songs sung during the Christmas season in Norway. For the Norwegians Advent and Christmas (Jul) have special importance. Time to Christmas Eve advent calendars measure out and across the country is living tradition Christmas markets (julemarked). While being in Norway during the holiday season – you must try mulled wine with spicy additions (gløgg).

The Christmas season, as well as in Sweden (Swedish Christmas Carols and Songs) precedes the celebration of St. Lucia (December 13) and across the country millions of candles burned in homes. In Norway, children Christmas tune (juletre) and prepare a paper heart-shaped baskets (juletrekurv) and that fill them by the nuts and sweets. 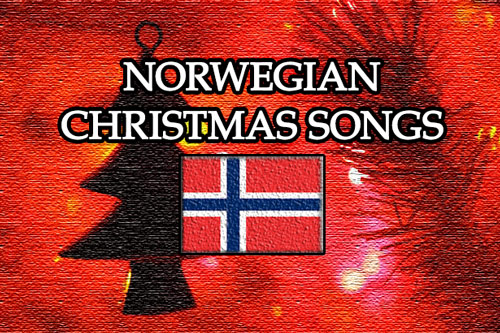 During Christmas Eve in Norway called “Julaften” on the tables there are many delicacies, but specific to Norway dish is fish leached (lutefisk). The most common desserts are all kinds of puddings. In Norway Christmas songs are popular. They appear on television, radio and supermarkets and at fairs. On TV there are mostly American songs but also typical Norwegian Christmas carols, which you can listen to below:

Wishes for Christmas in Norwegian

Below is a list of the most popular Christmas songs in Norwegian. Norwegian Christmas carol is “julesang“.

One Reply to “Norwegian Christmas Songs”