You will find here a list of Christmas carols and songs sung at Christmas in the UK, US, Australia and other English-speaking countries. At the outset, it should be remembered that the rustic songs and generally festive period are very few associated with religiosity. Naming those tracks “Christmas Carols” is very much a stretch, because they are more songs about the Christmas period, snow, Santa Claus or meetings with the family than the songs on religious themes. However, a lot of them had passed to the tradition, appear on television, radio and advertising on the Internet so well for us Europeans involuntarily associate with Christmas. Such songs as “We wish you a merry Christmas“, “Jingle Bells“, “All I Want For Christmas Is You” and “Last Christmas” have become recognizable worldwide. 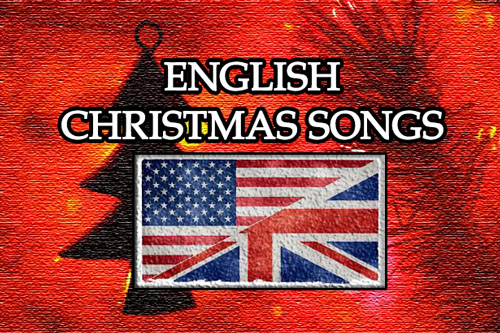 In English-speaking countries (in the UK) the oldest songs, litanies and hymns were in Latin and were intended for use in the liturgy of the Church, and not as a song made popular, therefore, mainly the oldest British carols refer to the birth of Christ, the Virgin to Bethlehem and biblical events. Even in the nineteenth century carols were sung in churches and homes of Great Britain. In 1833, William Sandys released “Christmas Carols Ancient and Modern”, which first appeared in print texts British carols.

In the twentieth century Christmas songs became popular, often make famous by the film and other entertainment media, do not have a purely religious themes, so does not qualify them as Christmas carols. The archetypal example is “White Christmas” from 1942.

Below is a list of the most popular Christmas songs and carols in English: