Dutch Christmas Carols and Songs. Christmas in the Netherlands proceed similarly (with a small difference), like in other European neighbors – the Germans, Danes, French, because the culture and traditions of these countries are interwoven for centuries.
Christmas gifts are distributed on December 6 Sinterklaas Day or the day of St. Nicholas. On Sunday, Advent begins lasting until Christmas custom known as Midwinter Horn Blowing, or blowing over the well eerie sounds that are too-distant announce the birth of Christ.
On the first day of Christmas (December 25) family sit on the decorated in the colors of white, green and red table to eat a festive dinner consisting mainly of venison, goose meat, rabbit or turkey. For the obligatory Christmas bread is served, named “Kerstbrood“. 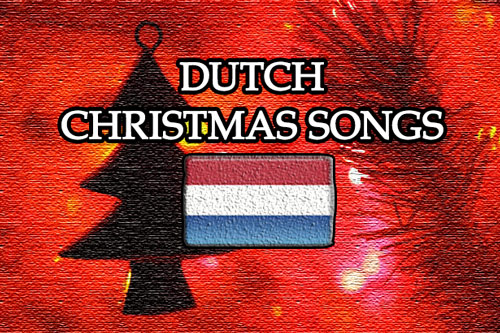 Playlist of Christmas Carols and Songs

During the Christmas period the Dutch attach great attention to design, and so can not miss Christmas decoration. As in other countries as well, and here the city are adorned with garlands of lights, and residents hanging strands of lights on the terraces and trees bear garden.
Dutch people decorate a Christmas tree. The Dutch do not attach importance to food too, both on a daily basis, as well as Christmas. Actually, there are no specific foods. Christmas Eve is known only in the church – you can expect the evening of Christmas celebrations. The Dutch are much less religious than the Poles, Italians or Spanish, hence experiencing the Christmas period.

The Dutch do not have the habit of singing Christmas carols. There are, of course, Christmas songs appearing on television and radio. The most popular are the songs for children. The Dutch, who are believers have in their native language texts carols that are sung in churches during services.

Wishes for Christmas in Dutch

Below is a list of the most popular Christmas songs in Dutch. Dutch carol is “Kerstmuziek“. There are Dutch Christmas Songs:

One Reply to “Dutch Christmas Songs”